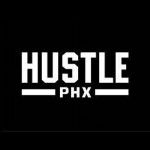 Some of the best natural entrepreneurs in the United States are in underserved urban communities. They are called hustlers – visionary risk-takers who seize the opportunity to move product and turn a profit. They have the God-given skills, attributes, and talents of an entrepreneur, but they lack key resources needed to create sustainable businesses that benefit the broader community. At Hustle PHX, we want to let the hustlers hustle – for the common good.

Oye Waddell is the Executive Director of Hustle PHX. Waddell grew up in inner city Los Angeles and has a long track record in urban education and entrepreneurship. He attended the University of Washington on a full athletic scholarship to play football. He later earned a Master of Public Administration from the University of Southern California, and a Master of Education from Arizona State University. He is the founder of Gameplan International and serves as a pastor at New City Church in downtown Phoenix.