Millennials and Missions – Not Your Traditional Approach | Part 1

Previous Next
Millennials and Missions – Not Your Traditional Approach | Part 1

Millennials and Missions – Not Your Traditional Approach | Part 1… 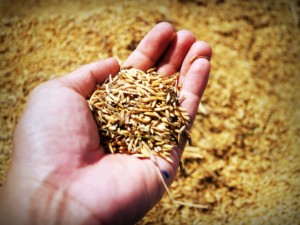 Justin Carney grew up on a small farm in southern Missouri.  In his early 20’s a missionary came to his church and talked about unreached people groups, gave him a book and asked him to pray.   “Before I knew it, something weird happened, and God put Iraq on my heart” say’s Justin.   It wasn’t too much longer and he was signed up with a traditional mission agency on his way to Iraq with a group.  Their plan was a bit vague; a kind of short term strategy to build relationships and see where it might lead.

The whole experience raised more questions than it answered but it also opened his eyes to possibilities he had never thought of before.  The realization that these people were farmers got him to thinking in a whole different direction.  He had a God-given set of skills he could use.  His dad is an agronomist, he was working on a degree in agriculture and had grown up on a farm.  “We went to a village in Iraq, and I was at home. I was like, “Oh, they’re agrarian people. These are my people. I can do this.” he said.  That simple realization set him on a course that today has him working in Iraq as a businessman helping the country tackle food security for its people.

Justin doesn’t necessarily have a problem with the idea of “Business as Mission.”  However, he’s made the choice not to identify as a BAM-type business.  Instead he is relying on both the legitimacy and value of his business opportunities as the foundation of a genuine relationship with the people of the village.  In his 2016 SATtalk he described it this way,

We meet with a village in Iraq and we say, “Here’s what we’re doing. We can partner with you to increase your productivity and your annual income double or triple.” Hybrid seeds, for example, different technologies, different ways to market their products. We’re the first Westerners that they meet. They want to know about our politics. They want to know about our culture. They want us to know about their culture. Then always they ask, “What do you think about God?” As a follower of Jesus, I have the opportunity to engage in that. They assume that you’re Christian and their idea of Christianity comes from what they see in movies, and on the Internet.  We say that we follow Jesus. They say, “Okay, we’ve heard of Jesus. Who’s he? Tell me more about that.”

We just take that approach, and then we end up partnering with these individuals in these villages. People (doing business) together go through struggles together and God shows up in those situations. We’ve noticed that to be the case every time. We don’t feel like we need missions training. When we get questioned, “What do you think about God?” we get an opportunity to talk about Jesus. I don’t know what else you can add to that. 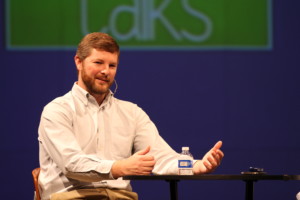 Not your traditional approach to missions.  Yet we can’t miss the fact that all of this came from a very traditional missionary conversation.  It was a traditional missionary, in a traditional church, giving a very traditional mission challenge that reached Justin’s heart and gave him a passion for the people of Iraq.  But I think Justin represents a major shift in the way his generation is thinking about ideas like business and ministry as well as success and significance.  We are being shown that a person’s faith can arise naturally and genuinely out of their work and that we don’t have to wait until we have made our fortune (personal success) in order to pursue significance (service to others).  The Halftime movement that has all but defined the baby boomer generation doesn’t make a lot of sense to many millennials.  Why can’t we commit ourselves to pursuing significance (for the sake of others) even as we pursue success (for the sake of our own)?

Shifts like these may help the church regain its credibility.  As an on-looking world sees us genuinely care for the poor in the here and now, practice the golden rule and Great Commandment even to the point of personal sacrifice maybe they will once again be interested in our faith.  But until we can embody the former why should an on-looking world be interested in our faith story?  I certainly wouldn’t.  To illustrate the point here’s another part of Justin’s SATtalk:

It started with a group of guys that adopted me. I was walking around Iraq lost, no idea how to even buy anything. A group of guys saw me and adopted me into their group. They had been friends since preschool. They asked those questions that I mentioned earlier and I got an opportunity to share about Jesus. They were really open except for one guy who came from a very fundamental family. God put it on my heart one day to share with him and I thought, “Well, this doesn’t make sense.” Then I realized I was sitting in the middle of Iraq, and none of this had made sense up to this point!  So, I should probably go with it. I did and God showed up. He said, at the end of a three-hour conversation, “Do you have anything else about Jesus, books, CDs, anything?” We had taken in 350 New Testaments with us. I said, “Yeah, we can do that.”

He shows up the next night, and we studied Matthew 1. (My first thought was), “Oh, the genealogy, we’re going to lose him here.” But for him, it connected. As a Muslim he recognized all these different people that built up Jesus through his bloodline. He invited the rest of the group the next day and we did that for six months. We were supposed to leave, and my team is like, “You’ve been studying. They’ve heard the call of Christ. Ask them.” So I did, and they said, “Yeah, we’ve heard, and we want to follow Jesus, too. We want to be baptized.”

My team left, and I decided to stay. I was 21. They looked at me and said, “What do we do now? We’re a group of six believers. What do we do? We’re the only believers in town.” I called the missions organization and said, “What do I do? The thing that you said that wasn’t going to happen is happening.” They said, “We have no idea.” I hung up and said, “What do you guys want to do?” It was the best thing that could have happened, honestly. They came up with a strategy, and they started planting the church and growing it.

That was 10 years ago and Justin was single with no wife and no kids to think about.  Today he’s in his early thirties, married with four kids and he’s still working in Iraq.  When I asked him what he was currently doing he said;

Isis destroyed a lot of the economic ecosystems. Post-Isis, we are trying to figure out our business role there. We’ve partnered with a university there and have two PhD students collecting data, assessing all the value chains that exist in the different sectors, and looking for gaps. Where there’s brokenness, there’s opportunity. As businesspeople, we’re assessing the processes within the processes.  The opportunity is huge. You have millions of people with a lot of great assets and no in-country value chain. Our goal is to break the import, and trade, and quick transactional business and create a long-term in-country value chain.

This seems to be a point to pause and say a word to pastors.  Pastors, we have to create the space for young men and women like this, figure out how we can support them with our mission’s budgets and then get out of their way!  What do we know about in-country value chains or food security?  God has put in our midst young men and women who are not wrestling with that bifurcated secular/sacred idea where business is one thing and ministry is something else. They’re not wrestling with the here and now vs. the hereafter. It’s just all together.

There are a lot of churches and church leaders talking about millennials and asking about ways to “attract” them back to the church.  I don’t think that generation is looking for a more relevant worship service or another small group strategy to build “community” nearly as much as they are looking for a way to make a lasting difference.  And I don’t think they will wait until they turn 50 to move from success to significance.  They are ready now and I believe they will do it with or without the support of their church.  I, for one, think it should be with.

To see more of what Justin Carney and his team does click on their website LikeMinds or email him at jcarney@teraffinity.com.  You can also watch his SATtalk videos below.